We’ve recently highlighted a campaign that used desk research as a highly cost-effective way of generating news for clients, and also one that utilised paid-for research to really push a product launch.

But sometimes clients have their own data that can be deployed for PR purposes, and that’s the campaign that we’d like to focus on here. We work with fintech firm Ormsby Street, whose CreditHQ software allows small businesses to check the payment status and credit history of anyone they work with, protecting against late payment.

Late payment is a major problem for small businesses, and Ormsby Street wanted to drive more small business users of CreditHQ, but also increase awareness of it within financial services (FS), as Ormsby Street looked to attract banking partners and / or investors.

With the football season hotting up (sadly Tottenham fell a little short in the end) we thought a topical campaign that looked at each of the 20 Premier League clubs and their payment records would be a great way of communicating Ormsby Street’s proposition. Just because it’s a well-known brand - a football club in this case – doesn’t mean that it will pay on time.

This payment premier league was compiled by combining figures for payment performance and credit risk, data that was easily accessed by using CreditHQ. Swansea and Southampton were the two teams that performed best in terms of paying their suppliers, while Bournemouth, Crystal Palace and Sunderland were in the relegation zone.

This gave us a lot of angles with which to approach national and business press, but also the regional press in the areas where each team was located. The in-house team at Ormsby Street created an eye-catching graphic to go with the story, and having drafted the press release we were ready to go. 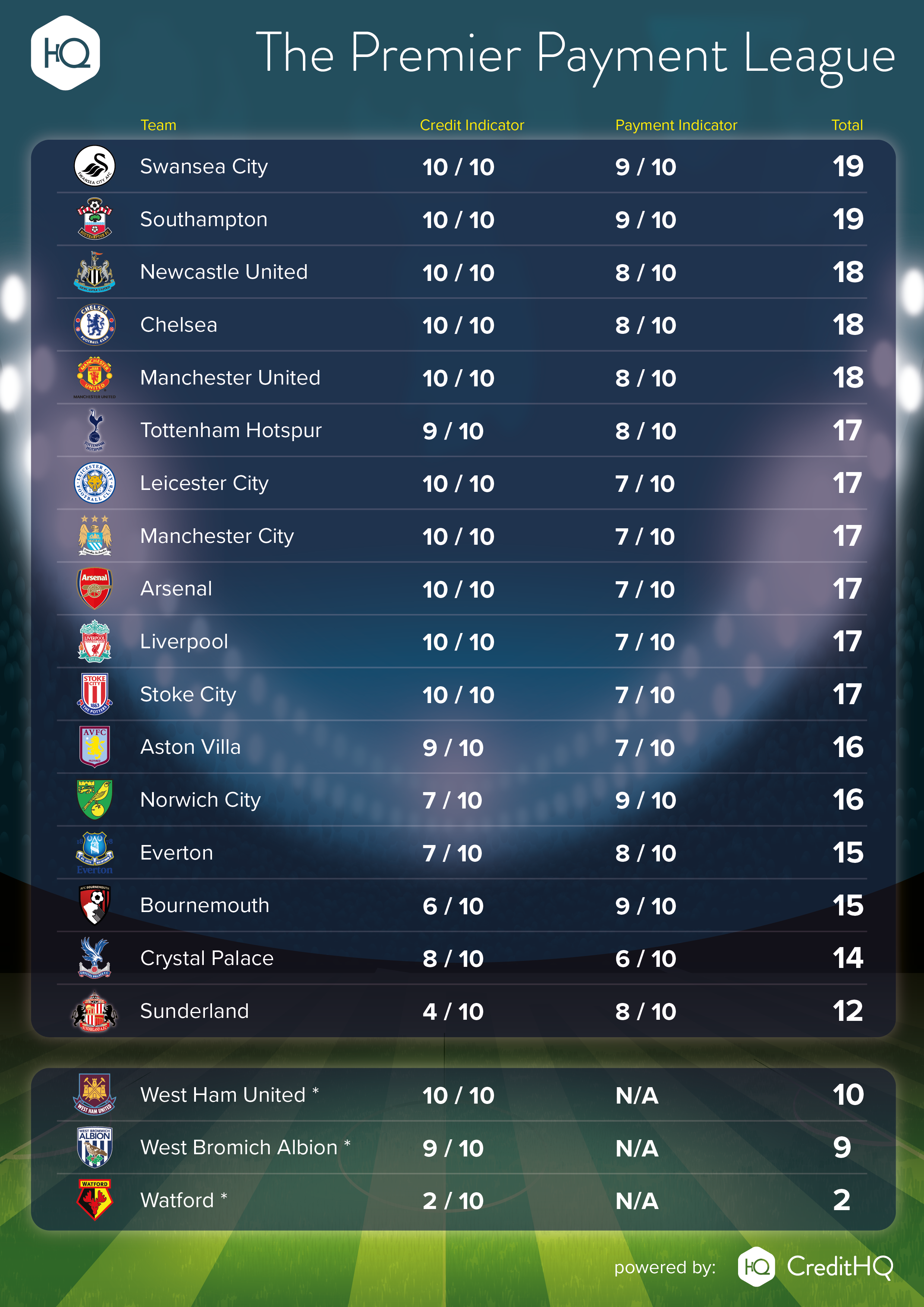 Offering stories exclusively to one publication is less common in PR than it once was, but we felt that in this case it would be appropriate. Identifying City AM as having the right audience for Ormsby Street, we approached the right journalist on the Friday before the last day (15 May) of the football season.

He was interested in the story and agreed to run with the exclusive on the following Monday (16 May). He ran a major article in the print edition, which left us free to pitch the story to other titles once City AM had published.

The story proved hugely popular, with more than 40 print and online articles publishing in a variety of business and regional titles, including Real Business, South Wales Evening Post, Midlands Business Insider and The Sunderland Echo.

It was a fun story to pitch and journalists were universally positive in their reactions to it. Even if they didn’t write an article they liked the creative approach to a story that was about late invoice payments – not generally the most exciting of topics.

The campaign served to highlight the value of CreditHQ to small businesses, and also to raise the profile of Ormsby Street with its main target audience of banks and the financial community. This was all achieved within the usual monthly fee, just using the client’s own data and Rise PR’s creativity, media nous and ability to get the job done.