We consider Rise PR to be a green PR agency and certainly have a leaning towards using green products wherever we can. So we were delighted when earlier this year, the delightfully-named Sprout got in touch with us.

Sprout is a Danish eco start-up which introduced to the world the first ever plantable pencil. The pencils can be planted when they are too short to write with and will grow into beautiful plants, herbs, vegetables and flowers.

It’s a product with some obvious wow-factor, but a major challenge was that it had already launched in the UK a few years previously, so there were no launch opportunities this time around. It had also done some ad-hoc UK PR earlier in 2016, so while the pencils were undoubtedly cool, they weren’t new to the market.

However Sprout wanted to raise awareness of the company and its products amongst UK consumers as well as build a profile in business press. The company was selling 450,000 pencils a month in more than 60 different countries with the pencils used by organisations across the globe including Red Cross, The Vatican, IKEA, Disney, Royal Botanic Gardens and TEDx, so it did have some nice hooks we could use.

Rise PR worked with Sprout over a three month project period and used different products from the Sprout range to appeal to different media sectors. A new chilli pencil was used to target Father’s Day Gifts guides; Sprout Tasty Gardens, a window sill garden box which harvests micro greens, were used to appeal to health and wellbeing titles; herb and vegetable plantable pencils were used to target food publications and bloggers, whilst the colouring pencils were used as a hero product when targeting parenting bloggers. 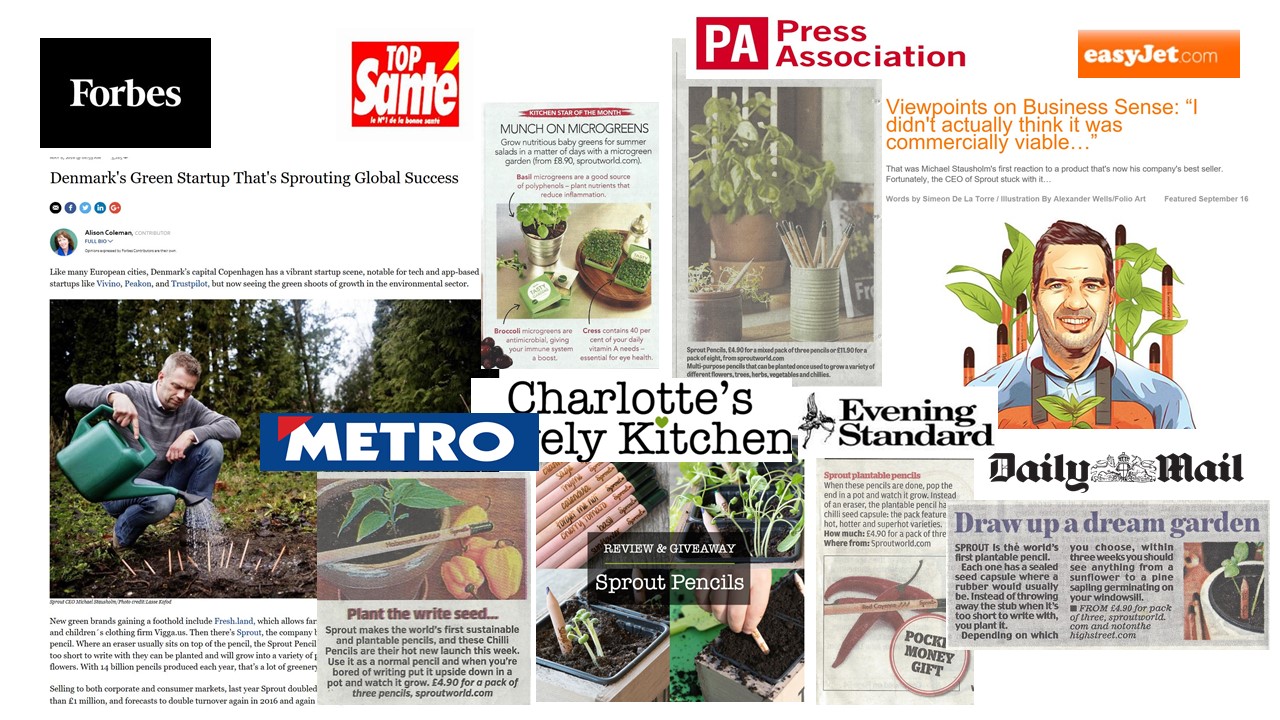 This targeted approach really paid off in terms of quality and quantity of press coverage. We secured product splashes in a number of national print and online titles, including The Daily Mail, The Independent, Metro, Evening Standard and The Voice.

We also delivered some impressive results in consumer lifestyle and cooking press, such as Top Sante, Good Housekeeping and BBC Food, as well as a whole host of parenting, gardening and foodie bloggers. As a final flourish, we secured top tier business press for Sprout in Forbes and a profile of the CEO in the easyJet in-flight magazine.

All-in-all, a highly successful campaign and happy client. For further details on our B2C services, do get in touch at info@risepr.co.uk